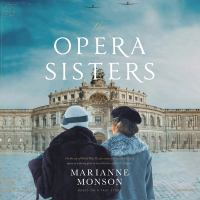 Description
Based on the true story of the Cook sisters, who smuggled valuables out of 1930s Nazi Germany to finance a daring, secret operation to help Jews find hope for a new life in England British sisters Ida and Louise Cook enjoy their quiet, unassuming lives in south London. Ida writes romance novels, and Louise works as a secretary. In the evenings, the sisters indulge in their shared love for opera, saving their money to buy records and attend performances throughout England and Europe, becoming well-known by both performers and fellow opera lovers. But when Hitler seizes power in 1933, he begins targeting and persecuting German Jews, passing laws that restrict their rights and their lives. The sisters continue their trips to the German opera houses, but soon, Jewish members of the opera community covertly approach the sisters, worried that they will be stripped of their wealth and forced to leave their homes and the country. Danger looms on the horizon, threatening to spill across all of Europe's borders. Ida and Louise vow to help, but how can two ordinary working-class women with limited means make a difference? Together with their beloved opera community, the sisters devise a plan to personally escort Jewish refugees from Germany to England. The success of the plan hinges on Ida and Louise's ability to smuggle contraband jewelry and furs beneath the watchful eyes of the SS soldiers guarding various checkpoints. But how many trips can they make before someone blows a whistle? Or before the final curtain falls on Germany's borders? The Opera Sisters is a riveting and inspiring novel of two unlikely heroines whose courage and compassion gave hope to many Jews desperate to escape Nazi persecution.
Also in This Series

Note! Citation formats are based on standards as of July 2022. Citations contain only title, author, edition, publisher, and year published. Citations should be used as a guideline and should be double checked for accuracy.
Staff View
Grouped Work ID:
fbf800f3-2fe4-d853-dea2-095d1097c337
Go To GroupedWork